Nancy Pelosi: A Conversation on the State of America 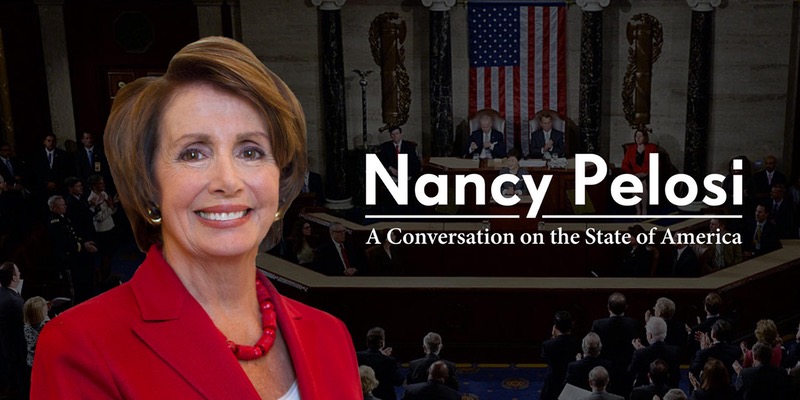 In commemoration of Nancy Pelosi's 30 years in Congress, join us for a conversation about where America has been and where it’s headed. What does the future hold for health care, jobs, the economy, infrastructure, the environment, women’s rights, immigration, national security and foreign policy? How will Democrats work with President Trump? Nancy Pelosi has led House Democrats for more than a dozen years and previously served as House Democratic whip. The Christian Science Monitor has called her “the most powerful woman in American politics.” Bring your questions.