Click through for an an excerpt from an interview with Naomi Klein that appeared in the Winter 2015 edition of Yes! Magazine. In the interview, Klein talks about the climate heroes -- especially women -- who inspire her.

Below is an excerpt from an interview with Naomi Klein that appeared in the Winter 2015 edition of Yes! Magazine. In the interview, Klein talks about the climate heroes -- especially women -- who inspire her.

Sarah van Gelder: Among the people who you’ve met in your travels, who has moved you most personally? Who has deepened your connection to this work? 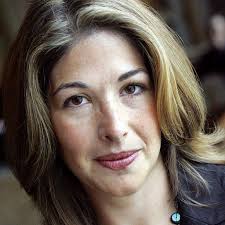 Naomi Klein: A few of the women in the book are my heroes. Crystal Lameman is from the Beaver Lake Cree First Nation in northern Alberta, which is suing the Canadian government over the tar sands expansion. Meeting Crystal and seeing what she’s up against and how accountable she is to her community and to her elders—and just the huge burden being placed on some of the poorest people in the world to fight some of the biggest battles—is both inspiring and heartbreaking.

Also Melina Laboucan-Massimo. It was exciting for me to see Melina and Crystal at the front of the climate march on either side of Leonardo DiCaprio.

And Alexis Bonogofsky, a goat rancher in Billings, who says, “Love will save this place.” I think that’s the best quote in the book. She says, “That’s what Arch Coal will never understand—that it isn’t about hate.”

And Jess Housty who’s from Bella Bella, who taught me early on how much these movements are based on the deep love of place.

All are deeply connected to where they live. And they are all relatively young women. There are particular challenges about being a woman in that kind of leadership role, but the joy that all of them bring to the struggle … I mean, it’s not simple. It’s painful. But it is so much about love of community and love of place.

Jess in particular, when she talks about the fight against the Northern Gateway Pipeline, she’s so eloquent in describing this as being a transformative process of people becoming more deeply connected to one another and to the land and water.

That’s been the most inspiring thing for me—watching this new generation of women leaders come up with great confidence and humility and eloquence and just love. They’re driven by love. And they’re fierce.

Read the rest of this eloquent interview at Yes Magazine.