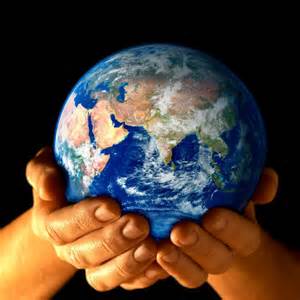 Organizations such as Biodiversity for a Livable Climate work to remedy the information gap in mainstream climate advocacy which tells us that virtually the only practical effective action we can take is to reduce fossil fuel emissions.  There is another way. One foundational approach is Holistic Management as applied to billions of acres of grasslands worldwide, which soils have the potential to store enough carbon to reduce atmospheric carbon concentrations significantly.  In addition, we are fully supportive of reforestation, ocean regeneration and other restorative endeavors, all of which return essential health, climate stability and diversity to the biosphere.

Based in the physical sciences, climate scientists generally do not yet recognize what life scientists and ecologists have long known: the power of life has molded almost every aspect of the physical earth, including the climate.  Wise human management of the biosphere can undo the eco-mess we have created, and regenerate a planet that we can live on.

While reducing emissions is of critical importance, there is far more that we can and must do, especially considering that emissions reductions efforts have failed to date and show little indication of turning around any time soon.  In fact, we have lost far more carbon to the atmosphere from soil disruption since the beginning of agriculture than we have added by burning gas, coal and oil.  We can take it out of the atmosphere and put it back into the ground.

Tons of carbon are moving from formerly healthy soils to the atmosphere.  Since the beginning of agriculture, worldwide soil degradation from farming, deforestation and other human activities has caused more greenhouse gas pollution than all fossil fuels combined.

We know now that the safest and most effective approach to reducing atmospheric carbon is to capture it with millions of species of green plants, animals, insects, fungi and micro-organisms, which bury it deep in soils in carbon-rich molecules that are stable for centuries or longer. In the process, because complex organic carbon molecules retain many times their weight in water, we restore vibrant life to billions of acres of parched, desertified areas that were once healthy forests or grasslands. There’s more good news: with biodiversity and eco-restoration we can unite people, organizations and governments, even those who have been fighting and maneuvering for advantage for decades.  Everyone will agree that a magnificent stretch of wooded hills or green fields of grasses brimming with life are preferable to those rendered parched, cracked, barren and lifeless due to human misuse. Biodiversity for a Livable Climate promotes seeing the world in wholes to re-establish biodiversity and the water cycle, store carbon in the soils, maximize photosynthetic solar energy capture, eliminate bare soils and reverse global warming by applying regenerative approaches to the land worldwide.

Excerpt from an article by Biodiversity for a Livable Climate.