VDay: A Moment in the Work to End Violence Against Women 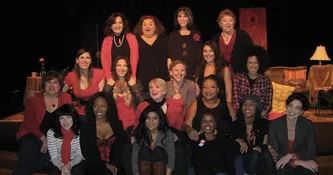 Created by well-known women’s activist and playwright Eve Ensler, author of The Vagina Monologues, V-day has spawned a global movement that inspires all of us to think about violence and to work together to stop it.

Violence against women happens everywhere: no one is immune. It permeates throughout continents and across country lines. It cuts through socio-economic, racial, ethnic, political, and religious boundaries. Violence is found in families, relationships, and between strangers.

Today, more than one-third of women worldwide have experienced some form of violence in their lifetime, according to the World Health Organization. With the physical, mental, and overall health problems that violence causes women, it is one of the most significant human rights abuses of our time.

Although women typically fear an attack by stranger, they are actually at the greatest risk of violence from people they know. Violence often is intimately connected with our most intimate relationships and takes place in the very homes with people we love.

According to the U.S. Department of Health and Human Services, nearly 30 percent of women in a relationship say they have been physically or sexually abused by their romantic partner. Seventy-percent of rapes occur with someone the victim knows. And each year, one million women are stalked, most often by a former partner.

Ensler’s choice of using Valentine’s Day to highlight this “sickeningly sweet” reality, is especially poignant and valuable to building our collective understanding of the depth of the problem we face.

As violence against women is reported on some of our most prestigious college campuses, in the households of our most prized professional athletes, and plays out regularly on our living room TV screens, these stark realities are becoming more apparent than ever before.

But even with increasing public awareness, many violent acts still go unreported and are hidden in private. Every day, women who experience violence feel powerless to stop it due to fear of repercussions or because of the shame they feel.

Fortunately, the V-Day movement is connecting women in countries throughout the world who find community and the strength to tell their stories publicly and address the common challenges they face together.  These powerful worldwide collaborations have spawned many sub-movements that address particular types of violence too, such as campus assault or political incarceration, or national efforts within some countries.

The sweetest news is that increasing numbers of men are also becoming part of this growing movement to end violence and to promote gender equity. With greater awareness of these efforts by both men and women, more people throughout the world can participate in finding and creating the long-term solutions necessary for change.

These efforts give me hope that we have the power to shift our culture in positive and meaningful ways to dramatically decrease violence against women worldwide. The It’s Time Network partners with organizations that believe men and boys have an essential role to play in supporting the full empowerment of women and girls as a means to ending violence worldwide.

On a national scale, A Call to Men, is an organization in the U.S. working to shift societal norms of what “manhood” means. Men Care is an international campaign aimed at supporting stronger, nonviolent fathers and male caregivers that will help build greater gender equity all over the world.  And next month, March 6th-8th, an international conference in New York City will specifically focus on how to engage men and boys in activism to promote gender equality.

These are just some of the important efforts to bring men into the conversation about violence against women and women’s equity more broadly. At our summit in May, we will be highlighting these important thought leaders and organizations, as well as many others.

It’s time to build awareness and grow support for this critical movement to end violence. All of us are needed.

Often, power is thought of as the power a person has over another. That is force. We need to change our view of what power is. Power is about love. And love is the power to change hearts and minds to overcome separation, fear, hatred and domination. We only realize the power of love when we work together to honor and respect one another.

Rather than a culture that glorifies violence and power over others, we can build a world of gender equality together that celebrates the power of love.

Wouldn’t that be a truly sweet holiday to celebrate?